It was Uncle Mike's birthday today. He even had a cake that looked exactly like him! 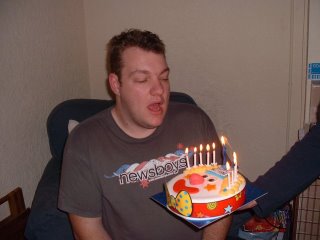 Thomas and Cousin James didn't hang around when it came to eating time! 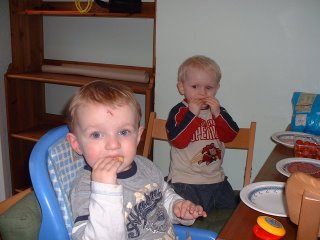 And here is Auntie Jan showing off her new patio doors (and her big belly - not long to go now before another cousin arrives on the scene!) 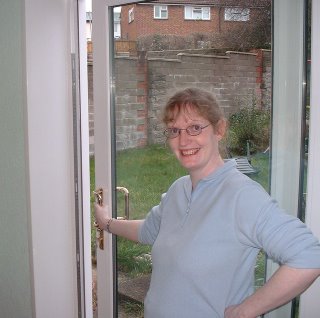 Posted by Andy Hurley at 9:19 pm No comments:

It's been 3 months since I last got around to updating this blog, so I've got piles of photographs to put on - Christmas ones, birthday ones, holiday ones, snowmen ones... Now that my latest Open University assignment is safely handed in, I should have a bit of time to do some backdating.

I'll update this post with links to the new entries, just to make sure that no-one misses any!

I wonder how much it would cost to mail this parcel to Australia? 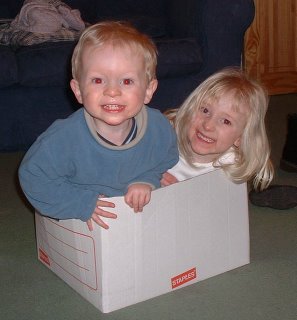 Posted by Andy Hurley at 4:11 pm No comments:

Snowdrops keep falling on my head...

We woke up to a heap of snow this morning. It didn't half confuse our cherry blossom tree, which only just recently started flowering! 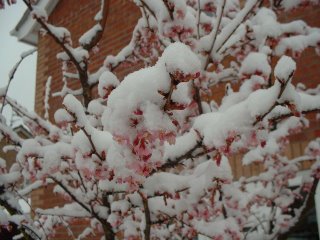 We wasted no time in getting outside and trying to build a bigger snowman than our next door neighbours. They've won everytime up until now, so we had to plan big! But, Thomas was determined that he wasn't going anywhere until he was fully insulated! 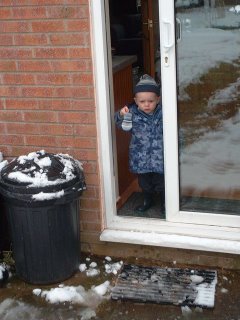 The snowman turned out to be a whopper. Daddy almost broke his back trying to lift the head on! 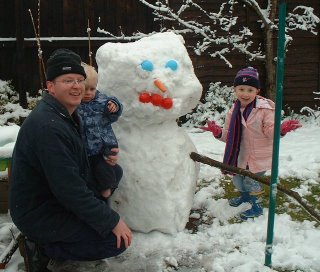 But, did we win? Well, our snowman was bigger than any next door, but they were just showing off and made two giant snowmen! We'll win next time!
Our snowman died a graceful death as the weather warmed up again (much to the cherry blossom tree's delight!) - although it does look like Mr Snowman has been stabbed to death by a flower! 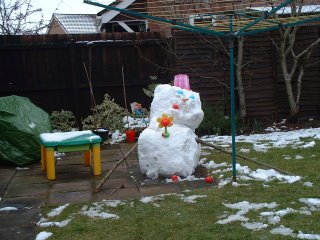 Posted by Andy Hurley at 9:10 pm No comments:

We decided to get Hannah and Thomas into practice for later life by teaching them how to wash our car!

It's a skill they'll need to learn if they want any pocket money when they're older! 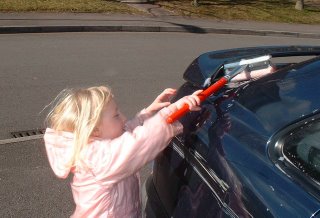 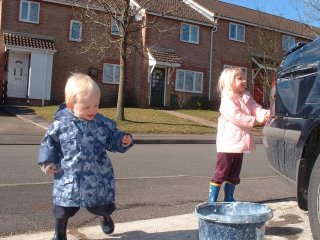 Posted by Andy Hurley at 4:06 pm No comments: