It was cousin James' 2nd birthday today, so back to the Thomas' house for a barbeque. The food was tastier this time, than at Aunty Jan's birthday, as Uncle Ricky wasn't cooking it!

James looked like he was having a fun party - he's getting really good at opening presents, which is a useful skill to learn! He's also pretty handy at blowing out candles! 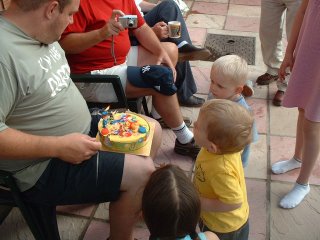 Hannah and Thomas enjoyed helping James play with his new presents, especially the trampoline. There were lot's of bouncy tiggers at the party! 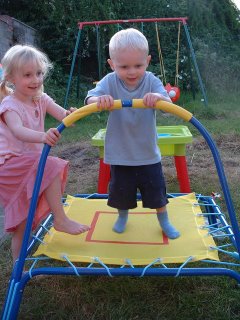 But James' sister, Bethan, didn't really see what all the fuss was about. It's probably because she hasn't been able to have a birthday party herself yet - she'll understand when she's one! 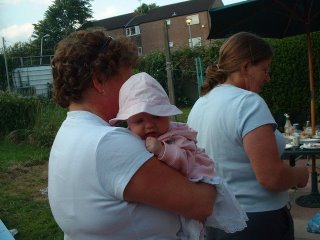