Grumpy got to choose where we went for a Bank Holiday Saturday, seeing as it was his 60th birthday last week. He nearly chose a day's free bus travel on Cardiff Bus, but then decided to go further afield and head over to Weston Super-Mare. So, we all got into Uncle Mike's minibus, and set sail across the Severn Bridge.

It was a bit wet and windy when we first got there (so we had to have our sandwiches under a shelter!), but the sun soon came out, and we all had a great time. 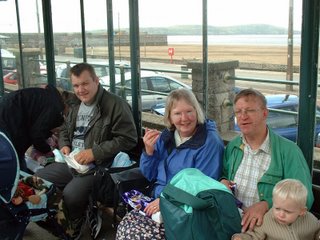 We spent a lot of time on the pier, with Hannah and Thomas trying to prove to Uncle Mike that their bus could go faster than his bus! 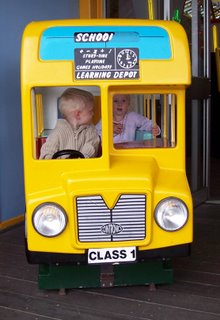 Thomas and James spent ages at the top of this 'death slide', as we tried to egg them on to going down the slide on their own! Thomas kept sitting up on the top and letting his feet dangle down, but wouldn't go... until James gave him a little push! There were tears, but we all thought Thomas was very brave! He didn't go back up there, though! 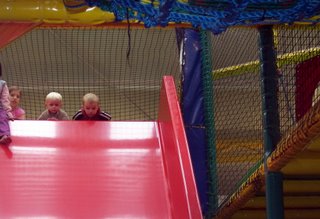 After all the fun at the end of the pier, some of us were too exhausted to walk back to the pier front, so we hitched a lift! 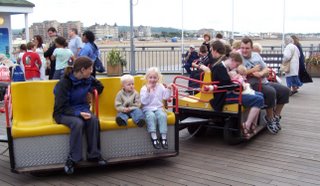